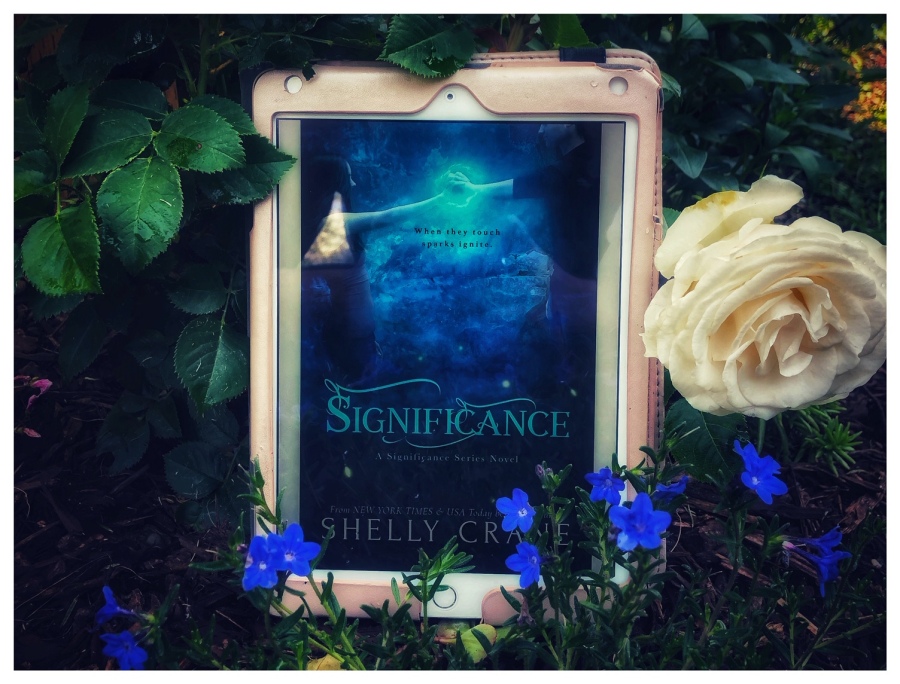 Sometimes you need a book where everything is nearly too good to be true. A few years ago I thought that this book was the crème de la crème of a love series. While it is wonderful to read if you want a HEA, it most certainly #romanticizesromance. Significance, written by Shelly Crane is a story about a 17 year old girl named Maggie who’s life is a mess until she crosses paths with the 21 year old athletic, handsome Caleb who isn’t all he appears to be. Yes, readers, bibliophiles, and bashful bookworms, he is a supernatural being. His kind are called Aces and they only recieve their gifts when they meet their soulmate (or as in this book, their significant). And not to spoil anything but Maggie is Caleb’s soulmate (seriously, not a spoiler). Best of all, there is a rival Ace clan with revenge on their minds who will stop at nothing to harm Maggie. Will they succeed in breaking Caleb’s and Maggie’s bond, or will Caleb and Maggie show that their love can defy the odds?

This series gets far better in later books, I promise. However I must rate this specific book a 3.5 out of 5 stars simply due to the fact that in this first book, the conflict and the outcome are predictable, and the relationship between the characters lacks a deeper substance. In the first book the “bond” between the two main characters won’t allow them argue with eachother without pain, nor can they physically be without eachother. While in this book, the author did not seem to understand that arguing is in fact occassionally healthy for a relationship, we see this wonderfully change in the second book and throughout the rest of the series as the characters learn how to healthily disagree and support their difference perspectives. Additionally, the plot where all of the girl’s familial/insecurities are solved when she meets her soulmate is a bit exhausted. I am glad that Shelly Crane recifies this in her second book and creates more character development in the rest of the series, as it was severely lacking in this installment.

Now let’s talk about what I love about this book. I love the structure that Shelly Crane has created for the Ace’s powers and the potential in this book that Shelly Crane later exploits. The main characters themselves are quite sweet and wholesome. I adore the love that Caleb and Maggie have and the innocence of their relationship. While in later books, the readers are able to see the struggles that each character must wrestle with and how they respond a bit unpredictably. In this book, the simplicity of their struggles is a breath of fresh air and I greatly enjoyed watching the characters get to know each other and fall in love.

In summary, Shelly Crane’s Significance Series is a 4/5 stars on the whole, but this first book (3.5/5) falls a little short of the rest of the series. I believe once you read this series, you will view the first book more affectionately and despite its few shortcomings will want to re-read it, simply because you will miss the beautiful world that Shelly Crane has created.

The Power of a Praying Wife~Stormie Omartian🌿
Uninvited: Living Loved When You Feel Less Than, Left Out and Lonely 🌿
Defy The Night🌿
Heartstone🌿
Hello my missed bashful bookworms!💕 I figured if I am going to start posting again I should probably include some life updates!
Earning Evey 🌿
Follow Bushel and a Peck of Books on WordPress.com
%d bloggers like this: