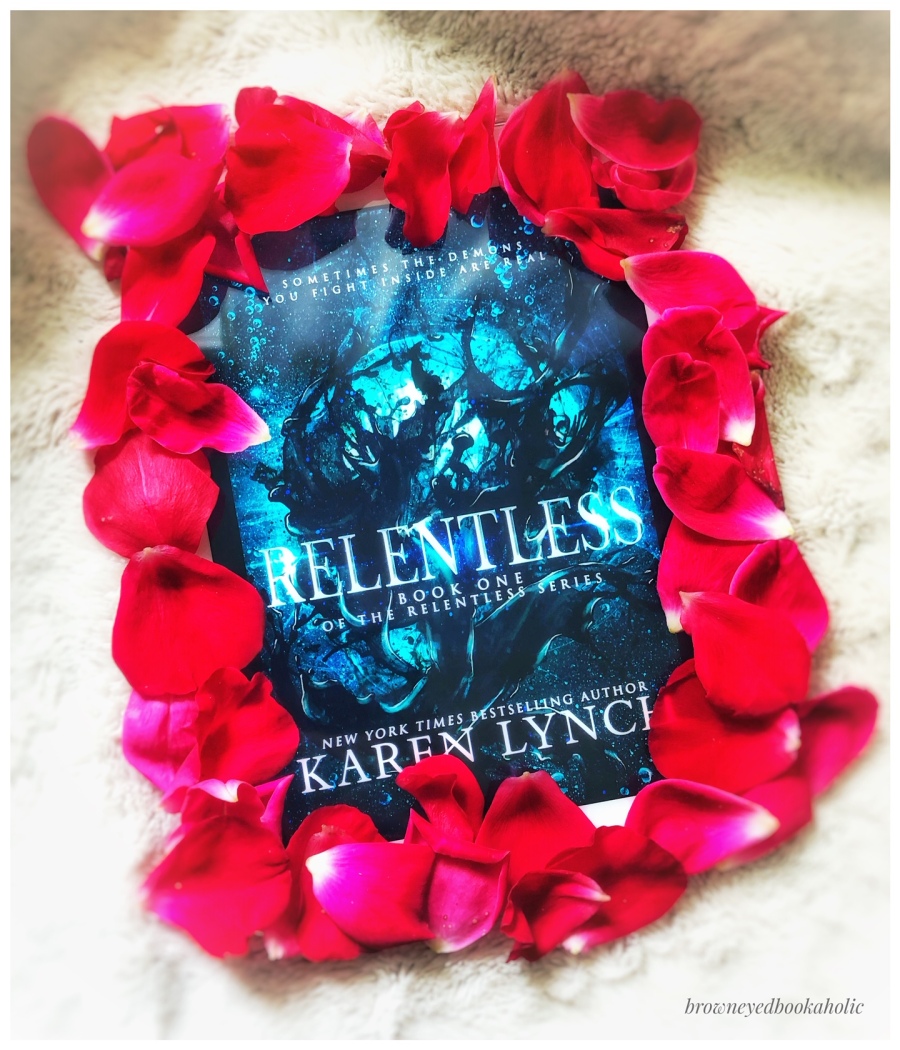 Sara Grey found her father murdered when she was only seven years old. Ten years later, she has an undying need for justice, a voice in the back of her mind, and a gift for healing that is just one of her many secrets that she holds dear. When she stumbles across the world of demons and finds herself targeted, it is going to take the Morhiri warriors to protect her. Only…what if Sara isn’t as human as she has been lead to believe?

Fans of the Percy Jackson series, Crave, and the Vampire Academy will devour this series!

The first book is rather slow in development, but when looking at the series holistically this needed to be done to lay the foundation for this complexly created world and new supernatural species. The other books in the series make up for this in their unexpected plot twists that captivate the reader and enthrall them until the end. Additionally any questions that the reader is left with in Book 3 are all answered in Book 4 which is centered Nikolas’s perspective over the last three books. Lynch does such a wonderful job in the second book to boost the plot and create some tangible action and the beginnnings of a breathtaking romance.

Sara is incredibly well-written as she is the perfect palance of determined and passionate without becoming a damsel in distress or someone who is too strong to ask for help when needed. She is perfectly an imperfect human and her interaction with the other characters showcases her personality more so than how the author describes her. She exhibits steady character growth that endears her to the reader as they can relate to her shortcomings but also celebrate her triumphs alongside her.
Nikolas in the first three books appears to be the stereotypical overprotective male that every YA reader absolutely swoons over, however the fourth book provides more depth and understanding about his motivations that causes the readers to fall more in love with their enduring relationship. Plus, who doesn’t love a man with two swords?*wink wink*

This should have been the first series that I recommended to you all. I was waiting for a good time to post about this book, and then realized that all that I was doing was depriving you from one of the best written series that I have ever read. Lynch absolutely has made me a super fan and I cannot wait to read the rest of her series and continue to follow the stories of Sara’s friends.

The Power of a Praying Wife~Stormie Omartian🌿
Uninvited: Living Loved When You Feel Less Than, Left Out and Lonely 🌿
Defy The Night🌿
Heartstone🌿
Hello my missed bashful bookworms!💕 I figured if I am going to start posting again I should probably include some life updates!
Earning Evey 🌿
Follow Bushel and a Peck of Books on WordPress.com
Loading Comments...
%d bloggers like this: